Abstract: Sweet potato [Ipomoea batatas (L.) Lam.] is an important food crop in the world as well as in Vietnam. It is well known as a recalcitrant crop for gene transformation and tissue culture because of its genotype dependent in vitro responses. In present study, Agrobacterium-mediated transformation of cry8Db from Bacillus thuringiensis into KB1 sweet potato variety has been studied.

The C58cv strain carrying a pBI121 backbone which contained cry8Db delta-endotoxin gene regulated under 35S CaMV promoter, and the selection marker gene, neomycin phosphotransferase (nptII) gene, was subjected for plant transformation. Callus induced from shoot tips and leaf explants were inoculated and cocultured with A. tumefaciens. The selection occurred during callus producing and plant regenerating steps. A total of 201 transgenic putative plant lines were produced, and 21 transgenic lines were positively confirmed by PCR and finalized by Southern blot. Four putative transgenic lines confirming a single copy of the cry8Db gene were transferred into soil pots in greenhouse. Biological activity evaluation for the insecticidal capacity of these transgenic lines under controlled conditions showed that the level of infestation by sweet potato weevils (Cylas formicarius) in untransformed plants was higher than that of transgenic lines. 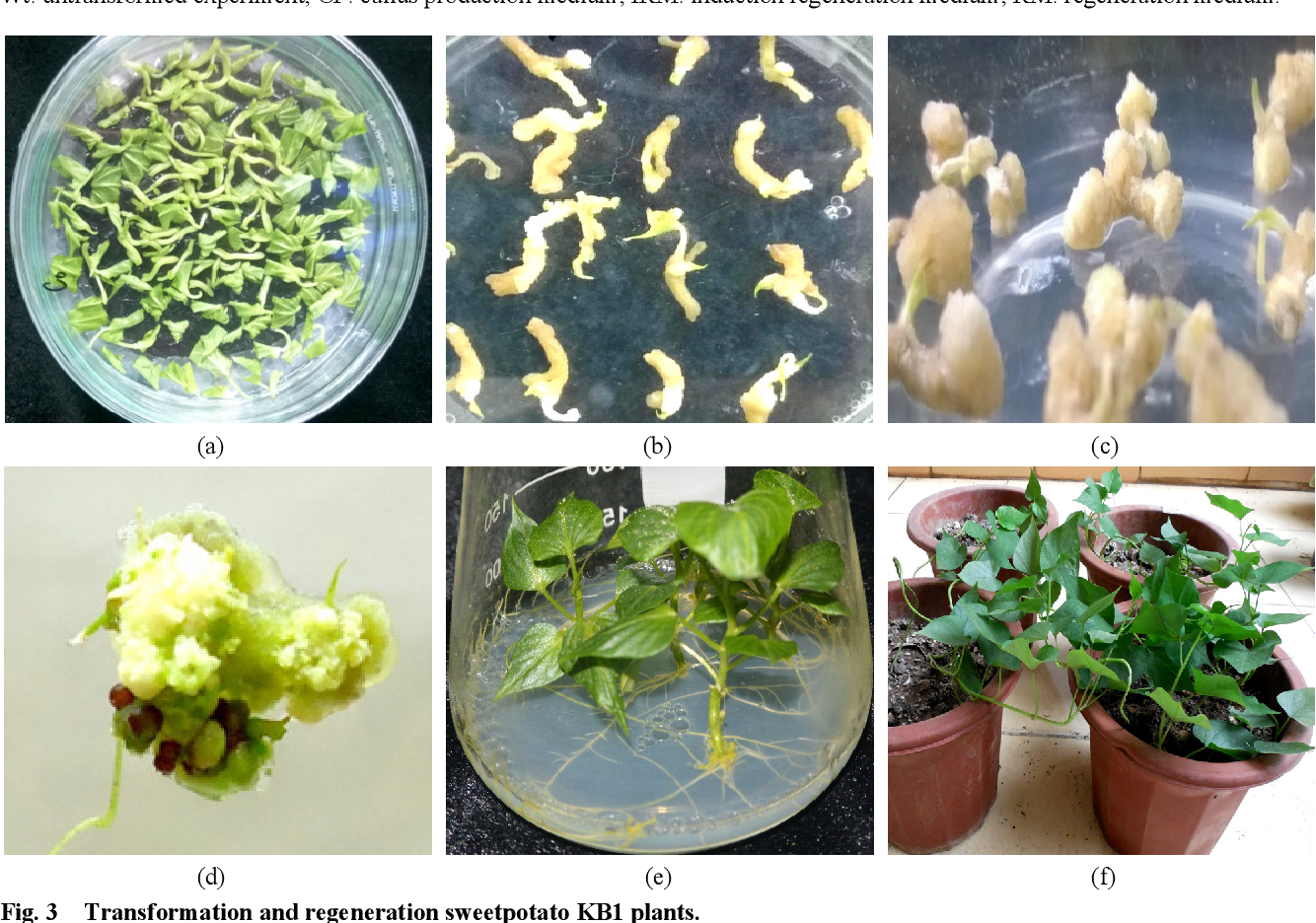 While we have made every effort to check licensing information, inaccuracies may remain and some articles may be incorrectly identified as open access or non-open access.

For questions or feedback, please reach us at support@scilit.net